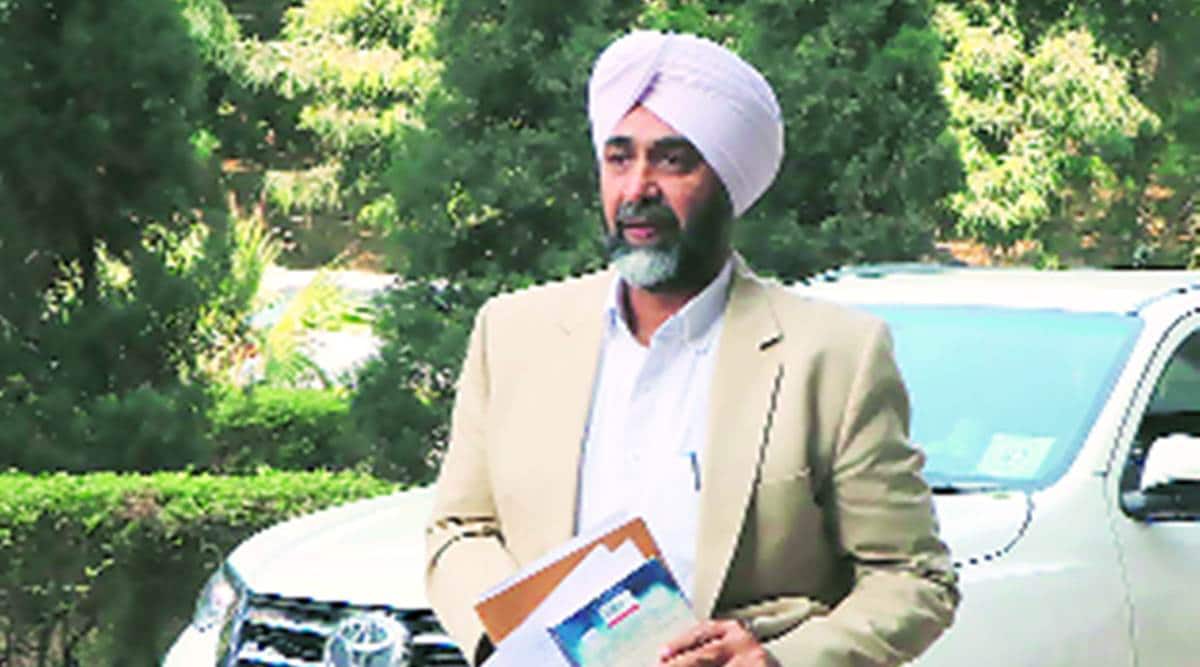 In his letter, Badal has added that the Centre’s move is a clear breach of constitutional assurance and would be considered a betrayal of the spirit of cooperative federalism.

Punjab has rejected both the options offered to states by the Centre to make up for the GST compensation owed to them. Finance Minister Manpreet Singh Badal Monday shot off a letter to Union Finance Minister asking her to reconsider the decision on the method of compensating the states at the last GST council meeting.

Centre owes Punjab Rs. 6,500 crore in GST compensation due to which the state has been finding it hard to meet its committed liabilities. Badal has argued that Punjab is primarily an agrarian state and restricting GST compensation uniformly for all states is devoid of sound logic.

The Centre had put forth two options to states to meet the GST compensation shortfall. The first option provides a special window for states, coordinated by the Finance Ministry, to borrow the projected shortfall of Rs. 97,000 crore only on account of GST implementation — and not the . This amount can be fully repaid from the compensation cess fund, without being counted as states’ debt. Option two takes into account the impact of the pandemic, proposing states to borrow the entire Rs. 2.35 lakh crore and bearing the interest burden though principal will be repaid from the cess proceeds. The GST shortfall amount (Rs. 97,000 crore) will not be counted as states’ debt, while the rest of the amount of Rs. 1.38 lakh crore will be counted in the books of the states.

In his letter, Badal has added that the Centre’s move is a clear breach of constitutional assurance and would be considered a betrayal of the spirit of cooperative federalism. Demanding that a Group of Ministers should be constituted to deliberate on the matter and make recommendations in a time-bound period of 10 days, he said: “Punjab is prepared to cooperate in a spirit of finding a solution to this vexed problem but is unable to persuade itself to either of the options presented at this stage.”

“Punjab is now the highest GST-deficit-state in India. The state’s revenue loss would still remain unpaid even after availing our share of the special window as well as the additional 0.5 per cent of the fiscal deficit. There may be other states on similar footing. Leaving the latter borrowing unprotected by any future revenue stream means the practical impossibility of such a borrowing, besides putting the state into a position of great peril. There is no rationale for the Union government to charge the cost of borrowings to the states,” he has said.

“It is also not clear when the impact of Covid-19 would be tapered off. The states should also have clarity about the scenario likely to emerge if they continue to follow a similar approach going forward. How will compensation be calculated in the period after January 2021?” he has sought to know.

According to the Punjab FM, if projections are made till the end of compensation period (with reasonable assumptions) the total revenue loss may cross 4,50,000 crore. “This, together with interest, would require more than 4-5 years to repay the borrowings rather than 2-3 years that is being believed,” he argued.

Manpreet said that it was stated by many members at the meeting that borrowings by states may be costlier anywhere from 50-150 basis points.

“Moreover, the interest rates vary across states depending on the lender’s perception of respective financial soundness resources for payment have to come from a tax that is levied at by authority of Parliament, it makes no sense for states to borrow individually, when they have very little role in the finalisation of GST structure or tax rates. Our future borrowings and repayment capacity will alter based on what decisions are taken by the GSTC, where the Union government alone has decisive vote. Any future dispute in relation to the GST compensation will have deleterious impact on the states,” he added.

📣 The Indian Express is now on Telegram. Click and stay updated with the latest headlines